The Power of People: A Post-Election Reflection

With the 2020 election in our rearview mirrors, many have been reflecting on the 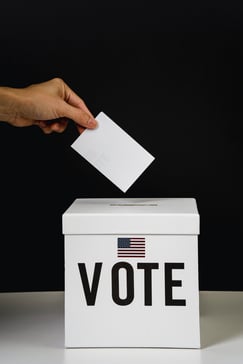 milestones achieved regarding voter registration and voter turnout. This year’s election coupled with the continuation of the coronavirus pandemic, many Americans used mail-in and early voting options. This increase, in turn, allowed more individuals to share their voice in an important election year.

According to the North Carolina State Board of Elections, voter turnout rates in 2016 reached 69% of the eligible-voter population. In the 2020 election, 5.54 million ballots were cast, leading to a 75% voter turnout rate. This increase proved to be monumental in the race, especially with the number of mail-in ballots that were counted long after Election Day had passed. Taking into consideration some voters may have changed loyalties within these four years, Donald Trump’s lead fell from 9.4% against Hillary Clinton, to 8.2% between the president and Joe Biden. This shows how incredibly important voter registration and voter turnout can be and the immense impact it could have on an election.

Between mail-in ballots and in-person voters, these trends led to a higher voter turnout rate for the 2020 election in comparison to the 2016 election. Iowa saw an increase of 120,503 ballots cast in November. Mirroring the trend seen at the national level, voter registration did increase in each of the five counties that United Way of East Central Iowa (UWECI) serves. In comparison to the 2016 presidential election, the biggest increase of newly registered voters was 6,590 in Linn County. Following that, Cedar County gained 747 registered individuals, Jones County gained 408 newly registered individuals, Iowa County gained 156, and lastly Benton County gained 77 new registered voters*.

Because our government is a democracy, having a voice in our country is a right. To have a government that represents our communities, we must encourage one another to take advantage of the liberties we have been given. The foundation of our government is contingent upon representatives being elected by and for the people. 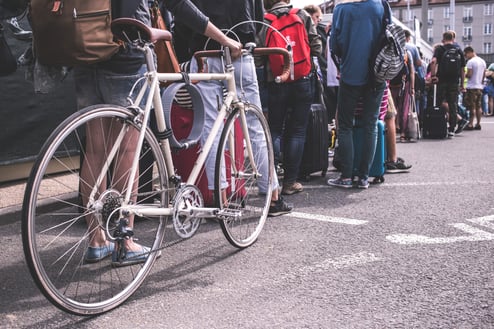 Voter turnout and registration must be as high as possible for Congressional representation to be effective. Voting is the foundation of any democracy, but often not stressed enough. This could be for many reasons. But the result is millions of Americans not participating in using their voice to help determine the next leader of our country. This trend can be further exacerbated on the local, city councils, county officials, district representatives, and even state senate and congressional members. In the end, these millions of people could easily sway the election in favor of one party or the other. This was seen in states such as Georgia, Pennsylvania, and Nevada during this year’s election.

The 2020 election has shown the power of voter advocacy and how these acts can shift an election in favor of one party or another. No matter the party, candidate, or policy, it is of paramount importance that we make the most of the opportunity our democracy gives us to support and advance our beliefs in order to make Eastern Iowa—and the country as a whole—a better place for everyone.

*County numbers may also include college students, individuals who moved, etc. in addition to first-time and new voters*