Learn about the history of a funded partner and how they’re celebrating this milestone anniversary.

As an organization committed to creating lasting change, United Way of East Central Iowa (UWECI) partners with a variety of nonprofits to make a difference in the quality of people’s lives. One of our funded partners, Foundation 2, is celebrating 50 years of serving the community this month, so we’re sharing a bit about their history and relationship with UWECI.

Foundation 2 offers suicide prevention and crisis intervention programs to people of all ages. They are committed to helping build a foundation for stronger and healthier families and safer communities for everyone. 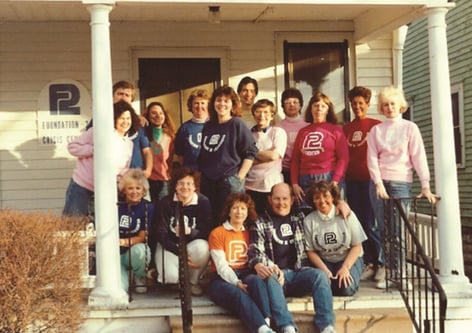 of Coe College and Kennedy High School students. The group pulled inspiration from Isaac Asimov’s Foundation Trilogy series. In the book, the Second Foundation was established to address psychological and social issues behind the scenes without government constraints or mainstream culture. Early staff and volunteers focused on making this structure their model and tackled mental health care needs that weren’t typically addressed.

Foundation 2 has been a long-time funded organization and partner at UWECI. United Way was one of the first main funders of their local crisis phone line. This helped the organization transition from volunteer counselors to paid staff, thus increasing resources.

Along with building programs, Schoenhofer says that partnering with United Way allows them to share their messages with groups of people who may not see them in their services. 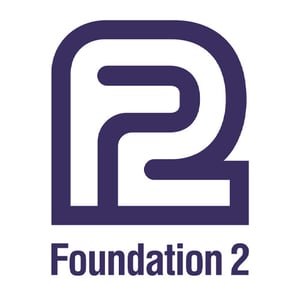 to reach middle age, white males – a population who is statistically more likely to die by suicide. It is extremely valuable to be able to engage with an at-risk population who may not even be aware of those risk factors.”

Most of Foundation 2’s celebrations for their anniversary are happening online, and include sharing historical facts, giveaways, photos, videos, and more. They will also have a display of photos and historical facts at Hills Bank in downtown Cedar Rapids from July 13-24.

As for the future of Foundation 2, the work continues, and Schoenhofer is looking forward to serving the community for many years to come.

“We want to continue to educate the community on their role in suicide prevention and focus on checking in with those they care about who might be struggling with mental health or be at suicide risk,” Schoenhofer added. “We want all people to know we’re available, at any time 24/7, and every time they reach out.”